Here’s another gem from the circle of life..

People may wonder why I keep an email account on AOL. I know it is so 1990s but part of me resists the work involved in letting all my old contacts know I have a new address. Actually I have many email accounts with different providers but I like the AOL home page.

Stuff happens here on my AOL home page that is unexpectedly wonderful. The Waking and Sleeping Worlds Collide.

Most readers know I changed my tagline on 1-11-15 to Pieces of a Dream. It is also a name of a local band, but I did not recall this when I made the change. I just knew I heard the phrase somewhere before. While visiting AOL on Wednesday I looked at the local news  headlines and found this article:

Here is an excerpt from the owner of the Curio Shop that I found quite inspiring:

“I like to take compromised things and not let them go, not let them end up in the trash,” said Taft, protectively. She rescued the forgotten carousel horse, reposed in dirt, at a sale in an old hotel in Schwenksville. She spoke of this prized fellow and all her “found, redefined and repurposed” treasures with the eyes of a child and the loving whisper of a mother. “Have nothing in your home that you don’t love.”

Again, like a dream weaver or fortune teller looking into the future, Taft sees things no one else sees.

“Every object has a story,” Taft said. “While in Italy I see fragments of the Roman Empire coming out of the earth. All the things here in the shop are fragments; what represents me or someone else.”

With the heart of a self-described “survivor,” Taft is called to see the potential of the whole, where others see the uselessness of the broken.

I believe I found confirmation that my new tagline is a keeper!

On Wednesday I went downtown to apply for my pension. I am taking the money early as it seems like the only available remedy to my financial situation ( Uranus transiting 2nd house squaring both natal Saturn and Mars). It is not enough to live on, but I am grateful it will help pay my bills.  I had arrived early for my meeting so I decided to hang out in the train concourse. I had worked downtown for so so many years and have spent countless hours down here. It is such a gritty Plutonian environment and I love it even when it becomes mundane or slightly menacing. Two former coworkers/lovers took the same train with me for many years. One of my former loves lived just one train stop away from mine. Looking back, it seems like we were forever finding one another on the train or waiting for its arrival on the concourse.  The song Downtown Train comes to mind as a perfect soundtrack for my archived trips on the memory train.  It is like an old shoe that still fits but the sole is worn and the laces are about to break off. So on my stroll I saw a group of people gathered holding religious pamphlets. I immediately walked the other way because I did not want to be bothered. So I found a pretzel stand and bought a few small warm pretzels. I was eating one of the pretzels on a bench with two other women. They seemed to be minding their own business so I figured I would plant myself there for a while.

The woman to my right said hello and smiled like she knew me, but we were not acquainted. I liked her energy, but preferred to eat in silence. A few minutes later, she began to engage me in conversation and began pulling out a pamphlet from her purse. At a different point in time I would have been annoyed and walked away. But instead I turned the conversation around. I spoke from the heart about the right to believe what you want and to respect difference. I also spoke about how I do not force my views on others. She tried a few times to analyze me and question the origins of my statements, but I was not very open to this tactic. Yet I sensed she was sincere and did not want to “throw out the baby with the bath water”.  I spoke about leading by example and almost choked on my pretzel as I finished my sentence. I have so many old notions about people who preach ” The truth”.  It is still such a trigger for me.

As we were in the midst of this discussion, a man approached us and asked us to buy his paper. Then he asked me to buy him a pretzel. Don’t you just love urban transit stations? I noticed that my companion did not buy his paper or give him any money. I used this ” teachable moment” to illustrate how it can feel to have someone try to sell you something you do not want. I also told her these types of synchronicity happen to me all the time. Turns out we both once lived near Penna Dutch country and her self- disclosure shifted something in me. I began talking about my blog. She was interested in learning more so I gave her the web address. This surprised me as I doubted a devout Jehovah’s Witness would be interested in metaphysics. But in a world of illusory duality, there is room for the unexpected to appear. Who knows, could she be reading this post?

Then I went to the Pension Board office and it was such a beautiful place. It had huge signage in bold gold letters, comfy maroon furniture and a fabulous panoramic view. I made a joke that this must be City Heaven. Everyone within earshot laughed. The people around me all looked content. They did not remind me of my former colleagues.  It was like one small cocktail party without the booze. People were in good spirits. They were all there to either get money or talk about getting money. I kept glancing over at the Golden letters.  It was like we are all part of this club where you get money. It was Cheers where everyone knows your name: retiree.  I was left waiting there for over an hour past my appointment time and I considered leaving more than once. I felt too young to be here. Not too young for CityWorld. But I left CityWorld 9 years ago and in litebeing world I am still a child.  I am not a retiree either. I am someone who is living with a challenging transit.

Then a woman sat down and she said hello. Even though I was not in a chatty mood, I responded to her kindness. What was so graceful about this particular woman was that she was light-hearted and open. She asked about me and I felt very comfortable talking. Without me realizing it, she led me though a summary of my tenure as a City employee. We talked about when I arrived, where I worked, the political climate, why I left, and what I learned. I did not divulge details, but shared my general observations and impressions. Her company made my wait worthwhile. She is still working there and was inquiring about retirement. I am glad we met and that she allowed me to express what led me here.

I will take this as a YES to publishing this post. I have been laying low since Thursday, nursing my wounds and honoring the Mars Neptune in Pisces flow. Moving slow and low, like the method for cooking barbecue so it becomes falling off the bones tender. I am becoming more tender as well.

I have divided up the original post into 3 smaller morsels. Enjoy with a cup of tea!

I had a very short lucid dream last night. It was tucked inside of what seemed like a much longer dream. I was unaware of my dream status until I entered this place that was over the top strange and cheesy. In the background I heard a faint voice over a loudspeaker. It looked like I landed inside a water slide park without the water. It was very bright with huge slides or lanes. There were 2 stuffed large pink bunny rabbits on top of 2 of the slides/ lanes. I initially wanted to get out of this bizarre place and felt frustrated. Then I had this thought ” This must be a dream with these bunnies and all.  This is a lucid dream.” I gathered the 2 rabbits together and they looked at one another. Before long, I was right back into the unconscious dream scape. It is cool though to report any lucidity at all since I have not had a lucid dream in several weeks or more.

Rabbits are a great symbol and while they did not end up on my 2015 list, they still have messages to impart. Here are some associations with a rabbit dream, via http://www.dreammoods.com/dreamdictionary/r.htm

To see a rabbit in your dream signifies luck, magical power, and success. You have a positive outlook on life. Alternatively, rabbits symbolize abundance, warmth, fertility and sexual activity.

I certainly am all in for luck, magical power, and success. How about more a -bun-dance? 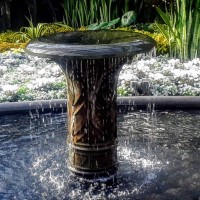 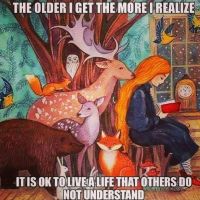