Happy Birthday to Me, lol!  It has been one week and honestly I don’t appear any different. While I can feel into the familiar Scorpio energy, most days are not very different from one another from where I sit. Not what I expected for such a milestone, 60 years of the sun returning to its exact zodiac placement at birth. My mom called and left a voicemail telling me my horoscope is great for this year. She reads the daily scopes in the paper. I think she forgets I am an astrologer, but I did go check it out online to see what it said ( above). It does look good and my Capricorn niece gave me the best gift, a phone call from college. To have this connection with her and to know she truly loves me, moved me to tears. My nieces are my heart and I work hard to keep the bond intact.

Here is the horoscope for Scorpios for 11/6/20, even more promising!

Is this for me or the presumed President Elect or all Pluto babies? I know I could use a boost in a new direction. I asked myself how could I enjoy the day, given the limitations? I settled on taking a leisurely ride down a favorite route and enjoying a nice takeout meal, complete with a decadent cake. My first choice would have been a group dinner at Zahav, a fabulous spot. My second choice was a pizza and champagne, but my tummy cannot handle either right now. So since I often lean towards Asian cuisine for takeout celebrations, I chose dim sum and salmon pictured below.

The day contained some synchs, including songs and memories from the 1980s. I thought about my college years, triggered in part by my niece’s phone call but also by the songs that played on the radio.  A previous Pluto Saturn transit was on my mind. Michael Lutin talks about planetary stations like Mercury going direct, as portals to other timelines when a similar astro event occurred.  Mercury at 27 Libra aligns with the Pluto Saturn conjunction that occurred on November 7 1982 at 27 degrees Libra, right after my birthday! Of course the connect also aligns with the current Jupiter Saturn Pluto conjunction, squaring the 27 Libra degree. When I realized now that I lived that then, I was amazed. I did not own an ephemeris yet and this was pre-internet. The activity took place in my 8th house and while the break up with my boyfriend was crushing, my senior year in college rocked! The economy sucked, but I was only focused on finding a job, which I did with ease. It was nothing like 2020, but what is like 2020? I was worried back in January when I saw that my niece’s birthday was the day after the conjunction, and the action was conjunct her sun, unlike my 1982 experience, where my sun was shielded from the major players. It looks like she has handled it well, maybe due in part to her natal Pluto Saturn opposition. She is such a strong mature young woman, shaped in part by such powerful planetary placements.

So I took an aimless drive on a reliably lovely path, something I have not done in months. It took some adjustment to get into the groove and enjoy the ride! Two construction detours tested my reserve, but I found my way back safely, taking in the farmland and riveting fall colors.

I focused on what I enjoy, beauty, connection, nature, good food, and music, along with guidance from the Divine. Yet, it really was not much different from the day before. The day after was different because the Presidential election was called. But I am not going there today. The point is that I thought 60 would be a big deal and it wasn’t. The 1982 birthday was different because it was the first time I did not celebrate with my family. My boyfriend took me to his childhood home up in Rosetto PA, to meet his family and to also celebrate his grandmother’s birthday. It was so cool to be up in the mountains and I felt embraced by his people. You never know what any moment brings. Last year’s birthday I was ill and vomited because I took too much of a medication by mistake and spent the day I took off from work at home. But I made up for it when I was ready. Life for me now is mostly about letting more situations go and finding a decent plan B, with plenty of gratitude. Here are some recent additions that bring me joy; a book all about the Barnes, containing photos of the entire collection and my new foliage plant :

Today is another day, freshly enveloped in Jupiter Pluto conjunction at 22 degrees Capricorn, on the precipice of the Mars station at 15 degrees Aries. Perhaps this Mars station will provide a portal for you. I expect much drama around the world, so let’s see what develops. What I am noticing personally is conflict arising from unlikely sources, so I am laying low and minding my Ps and Qs. It is funny how these ancient sayings enter into my consciousness, but that is how writing works for me. 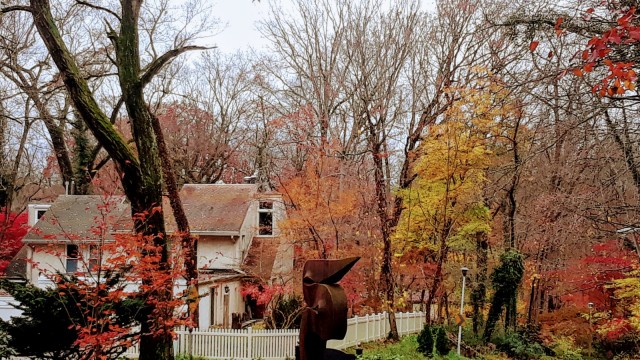 The unrainy days have been gorgeous and I am upping my photo game, acutely aware that the recent rain has emptied many of the trees of their autumn hued leaves. I relish the warm clouds, gentle winds, vibrant skies and sumptuous visual delights of November. I was incarnated once in 1960, right after a very intense presidential election, on a warm Sunday afternoon. So here I am and here we are, breathing on the same planet, but maybe living in different dimensions. Let’s enjoy our perspective and make the most of our time here. 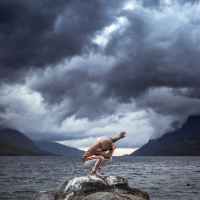