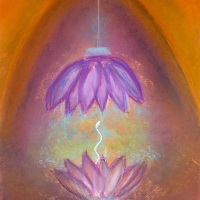 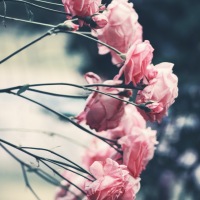 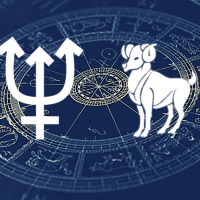 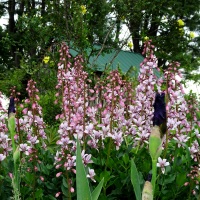 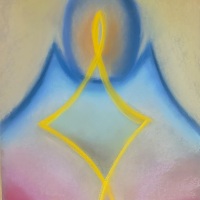 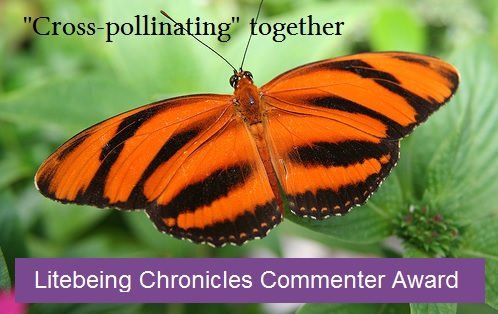 How Open is Your Mind? Curiosity Can Heal

There is a sweet short story I would like to share with you tonight. It came bubbling up a few weeks ago, out of my memory “archives” seemingly out of nowhere. This happens to me often with Pluto hunkering down in my 12th house and I am getting more used to it. This story hopefully with get to those that need to hear it. What prompts me to share it now is that I am quite disturbed about all the division in the world. I know on some level it is out there to be cleared, that it is necessary. But it can hurt and has caused some rifts even in my corner of WordPress, which is generally my safe space. So here we go!

At some point during my freshman year in college, I was in a bad car accident, at least bad for my vehicle. I thankfully was not harmed, nor was anyone else, but my car was totaled. My Biology class was held in a huge lecture hall, ( or was it my Psychology class? ). It does not matter; many classes the first year were conducted  in these spacious rooms as I went to a largely populated university in Philadelphia. Anyway, I met a student who lived not far from me who drove to class. We were acquaintances, not friends, but I could tell she was kind. I do not recall how it came to be, but she either offered or agreed to drive me to class while I was waiting to get a new car with the insurance money. This took a while so we drove together for at least a few weeks. I do not know if it was every day or not, but fortunately picking me up was not really out of her way.  I took public transportation on the ride home.

One of the reasons I was amenable to commuting with her is because it provided a unique learning opportunity. She revealed in class that she was Fundamentalist Christian, aka Born again. I did not personally know anyone who practiced this religion and I was intrigued. I only knew of this faith from television or the newspaper and I was fascinated with learning about different ways of being. I took many courses early in my college career in Religious Studies and Sociology. I was eager to understand why she was against abortion and how her religious practices affected how she lived her life. I was quite young and was not exposed to many religions in person except for Judaism, Catholicism, and mainstream Protestant denominations. Yet I was ever curious and had been known to go to church service occasionally with friends.

So here we were together in the early morning alone in her car, talking about God. Our ideas were so very different as was our upbringing. She lived further away from the suburbs and among fewer people. Her dress and style were simple and she was soft spoken. My guess is her adolescence was quite sheltered compared to mine.

I cannot recall actual conversations we had as this is going back to the late 1970s -early 1980s. What I do remember is a mood, an overall emotional tempo. I kept my mind opened and did my best to listen. I wanted to understand her and appreciate who she was as a person. I do not think she was curious about my religious or spiritual beliefs, but am glad she was open, not shut down like so many are today. She was a kind, generous woman who drove a fellow student to class for many weeks, a student she barely knew. We did not end up becoming  friends. I do not even remember her name, just a vague sense of her facial features and hair color. I think she wore glasses and had straight light brown hair. She did not attempt to convince me to be like her, she was very gentle. This is what my memory “archives” tell me so I will go with that. I would think that if there was pushback I would have stopped commuting with her. That did not happen. 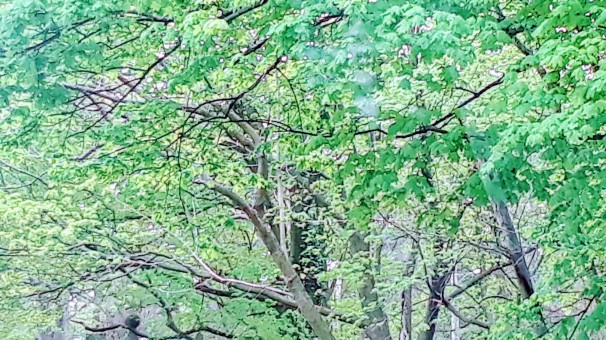 I wish I could tell you why I needed a ride in the first place because I took the train for many years even when I had a working car. Maybe it was because I was new to the campus? I drove mostly every day once I moved in with roommates to an apartment in the city. I think it was because I wanted to start a dialogue with this girl who was different from me. I sensed she had peace of mind and I certainly didn’t. I am proud of my younger self for taking this on. I am grateful for the experience and that it arose in my awareness a few weeks back. When one assumes witness consciousness and let’s the observer “take the wheel”, there is access to many openings. My curiosity was not based on judgments. Maybe there were a few, but they did not predominate. I wanted to hear her story and get a glimpse into another way of life that seemed wholesome and secure.

Enjoy the Beltane season as we in the Northern Hemisphere inch closer to the sun ( or further from the sun for those in the South). Just like geography. we may resonate with various latitudes and longitudes and still live on the same planet. Our seasons and weather often diverge, but we walk the same Earth together. So maybe curiosity can be good medicine for what ails us.

How Open is Your Mind?

How Open is Your Mind? Freedom and Free Will

5 comments on “How Open is Your Mind? Curiosity Can Heal”

EMBERS FROM SOMEONE DOGGEDLY TRYING TO MAKE SENSE OF IT ALL...

Observations From a Pleiadian Walk-in