We keep losing them. I had reblogged this post in honor of Maurice White, founder of Earth, Wind, and Fire. The reblog got funky so I pasted the original here so folks can find it. I recently learned that the band got its name based on Maurice’s natal chart. There must be a super celestial group forming in the Afterlife….

While this litebeing fancies herself to be a ” big picture, forget the details, philosophical ponderer”, the INFJ side to my personality loves checklists. I really enjoy creating To-do lists and become absolutely giddy when I am able to check something off the list! Walking a labyrinth has been waiting patiently on that list for some time now. We are talking outside labyrinth walking, not the indoor stuff. Been there, done that. My inner princess has been yearning to recreate a time of yore, walking a medieval labyrinth in Europe by the castle gardens. I am wearing a long white dress , my long golden curls cascading down to the ground as I take on this sacred spiritual practice….

Now back to earth: I guess Philadelphia circa 2013 will have to do, minus the golden curls and white dress! I discovered an outdoor labyrinth built in 1999 not far from my home. It was designed in anticipation of the new Millenium. I decided today would be the day I make my pilgrimage ( by car) to Chestnut Hill College.

First, here’s some background on labyrinths.  According to Wikipedia:

When the early humanist Benzo d’Alessandria visited Verona before 1310, he noted the “Laberinthum which is now called the Arena“;[28] perhaps he was seeing the cubiculi beneath the arena’s missing floor. The full flowering of the medieval labyrinth came about from the twelfth through fourteenth centuries with the grand pavement labyrinths of the gothic cathedrals, notablyChartres, Reims and Amiens in northern France. These labyrinths may have originated as symbolic allusion to the Holy City; and some modern thinkers have theorized that prayers and devotions may have accompanied the perambulation of their intricate paths.[29] Although some books (in particular guidebooks) suggest that the mazes on cathedral floors served as substitutes for pilgrimage paths, the earliest attested use of the phrase “chemin de Jerusalem” (path to Jerusalem) dates to the late 18th century when it was used to describe mazes at Reims and Saint-Omer.[30] The accompanying ritual, supposedly involving pilgrims following the maze on their knees while praying, may have been practiced at Chartres during the 17th century.[30] However, no contemporary evidence supports the idea that labyrinths had such a purpose for early Christians.[31] The cathedral labyrinths are thought to be the inspiration for the many turf mazes in the UK, such as survive at Wing, Hilton, Alkborough, and Saffron Walden.

Over the same general period, some 500 or more non-ecclesiastical labyrinths were constructed inScandinavia. These labyrinths, generally in coastal areas, are marked out with stones, most often in the simple 7- or 11-course classical forms. They often have names which translate as “Troy Town“. They are thought to have been constructed by fishing communities: trapping malevolent trolls or winds in the labyrinth’s coils might ensure a safe fishing expedition. There are also stone labyrinths on the Isles of Scilly, although none is known to date from before the nineteenth century.

There are examples of labyrinths in many disparate cultures. The symbol has appeared in various forms and media (petroglyphs, classic-form, medieval-form, pavement, turf, and basketry) at some time throughout most parts of the world, from Native North and South America to Australia,Java, India, and Nepal.

Prehistoric labyrinths are believed to have served as traps for malevolent spirits or as defined paths for ritual dances. In medieval times, the labyrinth symbolized a hard path to God with a clearly defined center (God) and one entrance (birth). In their cross-cultural study of signs and symbols, Patterns that Connect,Carl Schuster and Edmund Carpenter present various forms of the labyrinth and suggest various possible meanings, including not only a sacred path to the home of a sacred ancestor, but also, perhaps, a representation of the ancestor him/herself: “…many [New World] Indians who make the labyrinth regard it as a sacred symbol, a beneficial ancestor, a deity. In this they may be preserving its original meaning: the ultimate ancestor, here evoked by two continuous lines joining its twelve primary joints.” .[34]

Labyrinths can be thought of as symbolic forms of pilgrimage; people can walk the path, ascending toward salvation or enlightenment. Many people could not afford to travel to holy sites and lands, so labyrinths and prayer substituted for such travel. Later, the religious significance of labyrinths faded, and they served primarily for entertainment, though recently their spiritual aspect has seen a resurgence.

Many newly made labyrinths exist today, in churches and parks. Labyrinths are used by modern mystics to help achieve a contemplative state. Walking among the turnings, one loses track of direction and of the outside world, and thus quiets the mind. The Labyrinth Society[35] provides a locator for modern labyrinths all over the world.

In addition, the labyrinth can serve as a metaphor for situations that are difficult to be extricated from, as an image that suggests getting lost in a subterranean dungeon-like world. Octavio Paz titled his book on MexicanidentityThe Labyrinth of Solitude, describing the Mexican condition as orphaned and lost.

It was a sunny Sunday afternoon with low humidity and a whisper of Autumn crispness in the air. Once I walk through half the campus, I find the labyrinth hidden between the chapel and some bushes. I take off my wristwatch and get centered. I silently pray for peace upon entering and ask for assistance from my guides. I lightly make my way along the winding path, noticing the patterns of lightness and shade. I begin to contemplate times of enlightenment and darkness throughout my life. The idea of labyrinth as metaphor comes alive for me throughout this process. Once I enter the center, I stand tall and lift my arms up towards the sky. I feel safe and warm and loved. I then close my eyes and wait for any thoughts or images to emerge. I see a round dark red circle in my mind’s eye. I begin to think about both the planet Mars and the Sun. As I  finally arrive  towards the end, I notice a man and his son approaching the area. The man was wearing a bright red t-shirt. Once I leave the labyrinth, he says hello and we speak briefly. Then I go back to my car.  I could not help but notice that the man’s shirt was the same shade of red as my image! Coincidence? I do not think so.

I thought about the power of red and fire on the ride home. As I travel towards the parking area, the song ” Shining Star” comes on the radio. Oh how I loved Earth Wind and Fire back in high school. Shining Star was one of my friend’s favorite songs. She has the moon in Leo, so it does make sense! After all, the sun is a shining star and we are all infused with its radiant light!

I realize that it takes more than a few hours to integrate this holy experience, so more insights may develop over time. However, I felt strong and luminous and peaceful. I truly enjoyed my time there and am always seeking ways to embrace the modern mystic within me.  I plan to go back  and visit Chestnut Hill College again, and also explore some other outdoor labyrinths in the immediate area. If you enjoy walking meditation, get excited by circles, and want to feed your inner prince or princess, this could be worth checking out.

So for all you shining stars out in the blogosphere, this is for you! 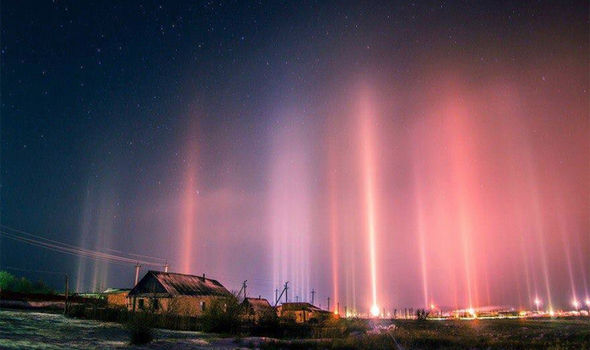