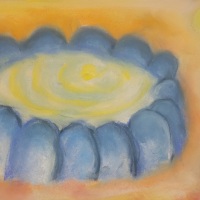 Winter Review ~ Who is Taking the Wheel?

This is the third and final installment of my Winter Review Series, an attempt to claim and integrate the timeline from September 2017 through March 2018. Now is as good a time as any to put this all to bed. We are approaching a full Pisces Moon, Mars is going direct in a few days, and the Sun has entered Virgo. It feels to me like we are shimmying up to Indian Summer, with the cooler mornings and the influx of golden leaves leaving their homes and touching the ground. So my goal is to take one last look at this unusually intense time in my life. I truly want to make room for whatever is meant to enliven my next “season.”

Road to Know-where: There was one consistent thread sewn into this timeline, road rage on steroids. Whether I was driving on small one -way streets or major roadways, during rush hour or lunch time, on weekdays or holidays, most of the drivers were gunning for each other. Rarely did I not drive by an accident that just took place or a near miss ( often my vehicle). Occasionally I would see an accident in progress, not fun at all. Initially it seemed like I was imagining this pattern, so I discussed it with others. Many people told me that they were noticing the same phenomenon. I had to psychically protect myself and this made me uncomfortable. But I had to stay on red alert and be a defensive driver. There seemed to be a major war happening, but I never got the memo.

Snowday, NO – WAY! : An alternate description of this timeline could be ” The Winter of My Discontent.” The snow was relentless and I was ill prepared. After so many years of mild winters, this past one was excruciating. Often my drive home would be several hours. Since a portion of my commute was through wooded areas, fallen trees were a problem. I often would find myself in front of a tree blocking the road with no detour sign in sight. I did not know the area well and was not familiar with alternate routes. My commute reminded me of one of those nightmares where you want to scream but no words come out, or someone is chasing you and you are immobilized. Or you are simply lost while driving and each turn takes you further away from your intended destination.  When was the snow going to stop? Finally, some relief arrived around the beginning of April. The weather only started to improve after I was laid off. In fact, the raging drivers also began to mellow about two months ago. If I was paranoid I might consider that my job was causing climate change and vicious assassins  to populate the freeways.

Every day is a winding road: The commute was horrific and so burdensome on multiple levels. Yet, I did manage to survive. A positive transit of Saturn trining my natal Pluto ( still in effect) afforded me the ability to withstand pressure that would usually bring me to my knees. I became more flexible as a commuter, albeit one who does not use a GPS. I learned to become more aware of my immediate environment and recognize, yet again, that I am here as a human with flaws and limitations. This meant that I decided to love myself more and praise myself for my ability to adapt. This was in the midst of regular rumors that the rehab was going to be sold or was going to fold (see I can rhyme). I knew in my heart that some of the tension in the office was due to upheaval and uncertainty. I minimized it for a while because I was told by management that things were fine ( until they weren’t). Eventually I realized that the toxicity was really harmful to me and my patients. I even considered resigning. A draft resignation letter was conceived in my head, plus I  began organizing my office in the event that I needed to pack up quickly. I suppose I picked up intuitively on the layoffs before they happened. This did not in any way protect me from the pain or disappointment. It did help me see how much investment I still place in identifying as a healer. It also was another reminder that I still harbor some resentment about moving so much as a child, feeling rootless and often worthless or expendable. After all these years, still more work to do with my shadow! 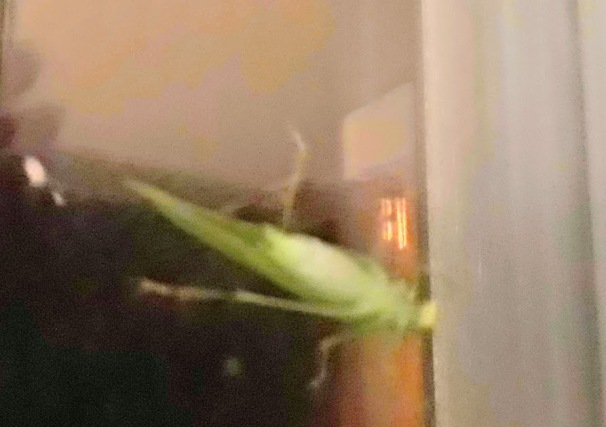 Spirit ( or Grasshopper) take the wheel: Guess who just came by to greet me? I was about to take a break from writing and went to draw the blinds. This is the second time I ever recall seeing a grasshopper here at night. The other time he/she moved along before I could snap a shot.  This is no accident or coincidence.

The sighting arrived just in time for me to say hey, it is alright. While I do feel traumatized by losing two jobs due to downsizing in less than one year, I am not alone. And make no  mistake, I do not use the word trauma loosely. This has been a tough year. I lost the mental health job about one year ago and was called about the rehab job in September 2017, just shy of a year ago. I still get twinges of pain or access memories in unexpected ways. I get an email from a former coworker or hear a song that reminds me of my patients. Sometimes I have a dream that I am still at work. Other times reading about the opioid crisis will trigger something deep within. And let’s not forget about the endless recitation about being laid off that I am required to do every time I am on an interview for a new gig. ” So why aren’t you working now? ” ” Tell me about your last job – why did you leave? ” ” What happened over at @$^&#^? I hear they are not doing well anymore, what a shame.”  I saw a former coworker from the rehab at my last interview and it was awkward. Where do I fit in?  It is easy to wonder if I will ever be employed again.

This job search is exhausting. 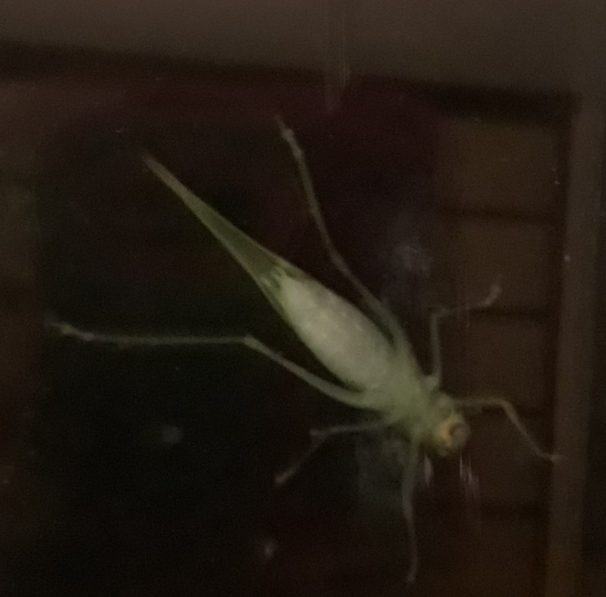 I cannot continue to fool myself any longer that I am driving this vehicle all by myself. This is where surrender comes in.  Even when I  practically drown in the silence of the void, I am neither abandoned or forgotten. Grasshopper ( or Allah , Jesus, Buddha, Goddess, etc) is in charge. Little self never was and never will be, not in this human form. I really don’t understand why this Winter time period was fraught with so much drama and so many unusual obstacles. All I wanted to do was help people in pain get themselves together. I wanted to serve and have myself placed in a position where I could contribute to addressing the addiction epidemic.  This never was about ego for me. I wanted to be used by Spirit where I could best be of use. I still feel that way.  Yet, I do comprehend that it is not necessary to know why. That does not lessen the sting or dry the many tears. But it still remains the truth.

I could end this trilogy with Carrie Underwood’s tune Jesus Take the Wheel, but this Sheryl Crow classic seems more on point. Take a listen and you’ll understand why.

It is time now to say good night to the agony and ecstasy of Bensalem PA ; from the beginning ~ my senior year of college when I first noticed an intriguing rehab to the end, which I believe is NOW.  I won’t forget all the people or experiences over the course of decades  that made me smile or let my heart sing. But in order to move on, I have to say goodbye. It is likely that more lessons will be revealed, as this is typically the case. But living in the past has never accomplished what I hoped it would. Spying Grasshopper tonight has taught me well. There is so much more to receive when my mind and heart are open and willing to let love in.